2017 was a year of both continuity and change. Continuity in terms of the strategic plan since we continued to implement the MC21 institutional project. This project is one I often summarize in a single word: "openness". This term can be traced back to the very roots of Institut Curie, since Marie Curie, its founder whose 150th birthday was celebrated this year, was already a woman engaged with the world.

Thierry Philip, Chairman of the Institut Curie Executive Board

The revision of the Institut Curie Foundation bylaws was launched in 2017. This process was a result of the recommendations made by the Court of Auditors in 2013 to improve governance of Institut Curie. Some of these recommendations were rolled out quickly, other more structural ones are being implemented gradually. This major structuring project for Institut Curie will be completed in 2018 with the amendment of the bylaws.

From a legal standpoint, Institut Curie needs to ensure its bylaws are compliant - the last revision was in 1995 - with one of the standard foundation bylaws templates.

From a more strategic standpoint, it's all about future-proofing the Institut Curie model, and thus reaffirming the specific nature of its governance and organization in the bylaws. This model is a unique one: the Foundation - a corporation with legal capacity - encompasses a Hospital Group with a cancer center, a Research Center and the Head office, where activities are pooled whenever possible and appropriate. This enables the other two entities to focus on their missions, patient care and research. Each entity has relative autonomy thanks to its sovereign functions (finance and human resources), but within an overall strategy established by the Board of Directors. It is this uniqueness that is reaffirmed by the new bylaws, at a time when the trend is towards the territorialization of health, and a closer connection between research and academics.

In early 2018 the Council of State validated Institut Curie's new bylaws and the new governance will take a dual form with a Supervisory Board and an Executive Board, to be implemented during the course of the year. 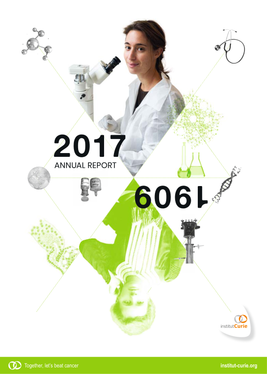 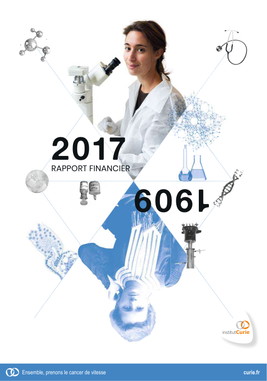 The research-care continuum, held dear by Marie Curie and Claudius Regaud, is still the best way to undertake the fight…